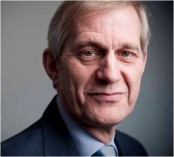 Mike Smith is currently an Emeritus Professor of Medical Science having had forty years experience in research and innovation in medicine and health, in the general area of non-invasive diagnostic and investigative techniques. This includes bone mineral measurement for osteoporosis, magnetic resonance imaging, diagnostic image analysis and terahertz imaging and analysis.

Over the past fifteen years, his knowledge and experience of research and innovation has extended beyond medicine and health, encompassing nanoscience, engineering, informatics, design and business systems. He presents internationally and has published extensively, with over 180 peer reviewed publications.

In addition he has over twenty-five years experience in the commercialisation and knowledge transfer of medical and health innovations, particularly the exploitation and commercialisation of research, working with both large corporations and SMEs. He has held a number of patents and formed a number of companies, mostly in the medical sector.

He has experience working with government departments and has served on a number of National Committees including: RAE Panel Member on two occasions; NHS Central R&D Committee for ten years; MRC Medical Advisory Board for eight years; NHS New and Emerging Applications of Technology (NEAT) and i4i Advisory Board for over ten years; NHS R&D Standing Group on Health Technology Assessment; and DTI Foresight Taskforce on Biotechnology, Pharmaceuticals and Medical Devices.

Since ceasing full time employment he has been a partner at Harper Keeley LLP and continues to provide expert advice and support in research and innovation, leadership training and serves on a number of Boards as Chair, Non-Executive Director or Trustee.

Lothian Health Board and University of Edinburgh 1974 – 1983

University of Edinburgh and Lothian Health Board 1983 – 1986

Professor and Head of University Department of Medical Physics

Director of Research School of Medicine and Health

R&D Director and Trust Board Member

Acting Dean and Head of Resource Centre, School of Medicine

Founder and Co-Director of the Centre of Medical Imaging Research

Dean of Research, Faculty of Medicine, Dentistry, Psychology and Health

Director of NHS Research and Development

Throughout my career I have participated in local, national and international activities which impact on policy or decisions.  I am therefore am well connected with many governmental agencies and departments and am called upon to advise and help develop policy in a number of areas. Selected highlights include:

Member of the NHS Central Research and Development Committee (1995 - 2001)

Member of the DTI Foresight Taskforce on Biotechnology, Pharmaceuticals and Medical Devices (1999 - 2000)

I have thirty five years experience in research, with over 180 peer reviewed publications, in the general area of non-invasive investigative techniques in medicine. Over the past fifteen years, my experience of research and innovation has extended beyond medicine and health and encompassed nanoscience, informatics, design and business. Full details of published peer reviewed papers, patents and grant income can be viewed below.

My list of publications contains the published output of my research and includes refereed papers, books, chapters in books and patent applications. In the field in which I work, refereed papers associated with certain conference proceedings are considered as a source of quality research publication and these have been included. My publication list does not include abstracts, presentations at conferences, articles in trade magazines, commercial publications, book reviews, un-refereed reports and papers submitted for publication though not yet accepted.

The list is arranged by the following research areas in the order of my first publication in that particular field:

I have over twenty five years experience in technology transfer of medical and health technologies, particularly the exploitation and commercialisation of research, working with both large corporations and SMEs. I have formed a number of medical device related companies and have been a non-executive director of more than a dozen spin-out and start-up companies.

Seconded as part-time Scientific Director to a medical imaging company (M&D Technology). I was subcontracted by Venture Capitalists (Prutec), who were funding the company in order to radically redesign and restructure the MRI system which was being developed. I was then part of the team which negotiated the sale of the company to an American Healthcare conglomerate. (1985-1986)

Advisor to Philips Medical Systems and Philips Medical (US) for the development of high field MRI and vascular angiography (1986-1989) and cardiac MRI (1995-2003). This Resulted in substantial income plus indirect financial support to the University in the form of state of the art equipment and support staff.

Spun-out knowhow and IP from my University Department in 1991, to form a company which produces devices for minimal invasive surgery. The company (Surgical Innovations) is now highly successful.

Advisor to a medical devices company, with which my research group received a SMART award, and part of negotiating team to sell the company (1998 – 2002)

Consultancy advice to small companies, hospitals, and higher education institutions on organisational development and process re-engineering, particularly associated with the provision of scientific services and the development of medical devices. (1998 – 2003)

Know-how arising from research in my Academic Department resulted in a product which was made in-house and sold commercially (turnover ~ £300k/annum in 1999). I negotiated a license agreement with a commercial company to manufacture and market the product.  (2000 - 2001)

I was one of the leads of a £15m project for the 2002 UK government comprehensive spending review, with Office of Science and Technology in conjunction with the CLRC (Central Laboratory Research Council), concerning investment of Science in the North of England at Daresbury. (2000 - 2002)

Founder and Chair of MedIPeX, a company to commercialise IP arising from the health sector. Won 'Young Company of the Year' in 2006 and 'Innovation Champion' in 2008. (2003 - present)

Strategic lead and Chairman of ‘DigitalCity’ a regional economic development initiative (first round funding £10m). This was a project to exploit the expertise and skill-base in digital technology and digital media in the University in order to support regional regeneration.  2003-2005

Chair of Biosystems Informatics Institute (Bii) which was a company limited by guarantee and a charitable Trust. It also has two trading subsidiaries undertaking commercial activity. This organisation received funding of >£5m from the DTI and RDA.

Creation of a joint Fraunhofer Centre in the field of HIPIMS developing new technology to deposit nano layers on surfaces for commercial applications.

Non-Executive Director, Medilink. This company is supported by the DTI and is concerned with Technology Transfer in the Medical Device area. 2001 – 2003

Founder, Chair and Non-Executive Director of Medipex, a company to commercialise IP emerging from the health sector. 2003 - present

Non-Executive Director, Strange Agency, a company which provides an analysis of new games scenarios to the computer games sector.  2005 – 2006

Creation of a joint Fraunhofer Centre in the field of HIPIMS developing new technology to deposit nano layers on surfaces for commercial applications. 2009 - 2012

Non-Executive Director, Synergix; an investment fund to support innovations in the medical sector. 2014 -2015

Chair of Advisory Board of Intermedi Group (IMG), an investment fund in the medical and healthcare sectordi Group. 2017 – present.

Grants have often been awarded in collaboration with academic, clinical or commercial colleagues. Not included are: major charitable fundraising schemes (eg for £1.5m for MRI in 1995/6) or significant investment funding raised for spin-off companies (for reasons of confidentiality).

Since 2000, awarded grants have not only been in research but also in innovation, knowledge transfer and business. In addition I have been involved with, and supported, many more successful external funding initiatives at an institutional level; however, I have only included here the funding income which has been obtained in a competitive environment and where I have been a co-applicant or, more usually, the lead applicant.

During my professional career I ceased keeping a note of my many presentations and keynote lectures in the 1980s. The button below will list my presentations since 2010 and in the near future will also allow access to the content of the presentations that are not restricted for reasons of confidentiality.